Asher is set in a Chasidic neighborhood in Brooklyn, NY, continuing the story told by Chaim Potok in his lauded 1972 novel My Name is Asher Lev. The musical, through its lush score and overlapping character arcs, grapples with themes of community, individual identity, and how the two attract and repel one another.

Noah Fram ’13 won the Vanderbilt Performing Arts Council’s 2013 ENCORE Award for Outstanding Technician, in part because of his contributions to student-written work. 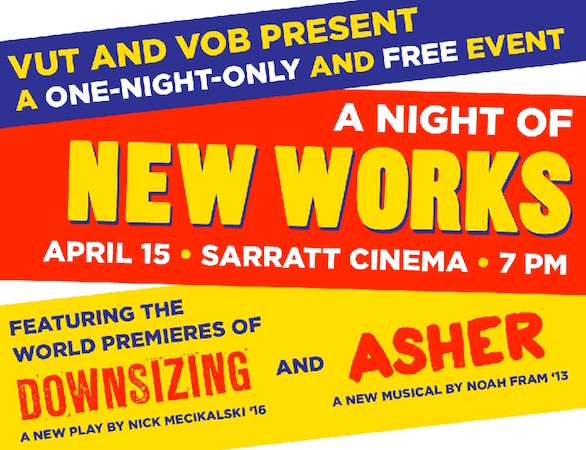